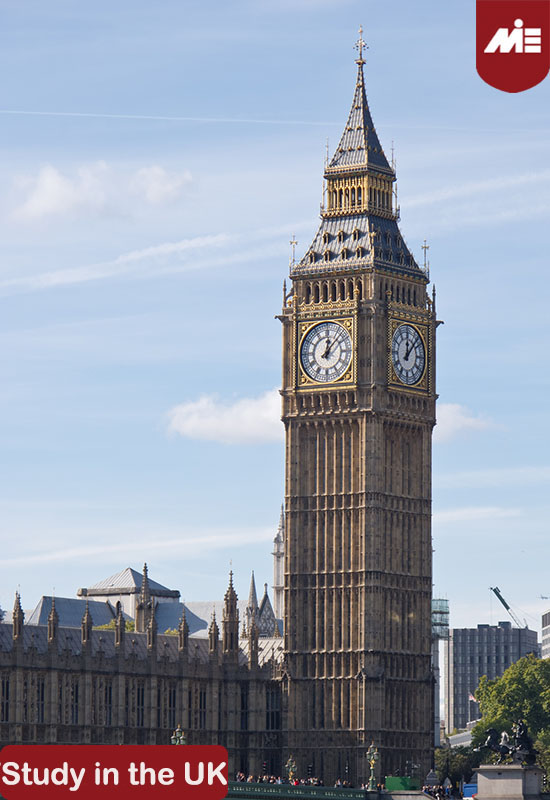 Study in the UK and general criteria

The United Kingdom of Britain and Northern Ireland, commonly known as the United Kingdom or the United Kingdom, is a monarchy, located in the northern part of the Europe. The UK includes the Great Britain, the northeast of Ireland and several other islands. Apart from these divisions, the UK is located next to the Pacific Ocean and the North Sea to the east, the English Channel in the South and the Celtic Sea in the southwest, and is the 12th country in terms of the coastline. England has a population of about 66 million people (census 2017).

Study in the UK is possible through two methods of admission:

Stage One: Providing documentation including IELTS

Stage Three: Issuing CAS Letter: Student have to submit the CAS letter to the embassy

Study in the UK and its benefits:

Study in the UK at the diploma level and schools

Studying in England for a diploma and sub-diploma consists of two age groups:

Note: There is no free university in the UK

Study in the UK and undergraduate degree

Bachelor’s degree studies in the UK include 3 to 4 years of studying. The minimum fee required to earn an undergraduate degree is at least £ 10,000 a year. The minimum language proficiency required for admission is IELTS 6 overall score.

Indirect admission requires IELTS 5.5 for the ELP course, and the applicant must conduct an interview to measure the level of language and, based on this score joins the pre-sessional course for language learning. Applying for a pre-sessional course is not possible for all ages and all fields of study. Studying a bachelor’s degree in the UK does not include the dependent visa.

Study in the UK and Master’s degree

Master’s degree studies in the UK include 1 to 2 years of studying. The students must have an IELTS score of 6.5 and hold a bachelor’s degree in direct admission. The minimum annual tuition fee in England is 10 to 12 thousand pounds.

For indirect admission, an IELTS score of 6 is required and the applicant must attend the pre-master courses to reach a level of 6.5. The master’s degree course is also taught to the applicant. The costs of these courses are from 6 to 10 Thousands pounds and are held in courses of 3, 6 and 9 months. Studying a master’s degree in the United Kingdom includes the dependent visa.

Study in the UK and Ph.D.

An IELTS score of 7 is required for direct doctoral admission. The cost of postgraduate studies in England varies between 20 to 30 thousand pounds. Indirect admission requires a 6.5 IELTS score and a pre-course of 5-10 thousand pounds a year. Studying in the UK at Ph.D. includes the dependent visa. Two years of academic gap are accepted for all courses.

Study in the UK and scholarship

Any student who has done even a little bit of research into studying abroad will know it doesn’t tend to come cheap. With flights, health insurance, visa and processing costs, rising tuition costs in most countries, as well as sky-high living expenses, you’re going to need a decent-sized bank account. But there are scholarships available.

Study in the UK and living expenses in England

London is the 27th most expensive city in the world, with a living cost index of 81.81.

Study in the UK and student work permit

There are hundreds of jobs and work experience opportunities for students and graduates in London. As an international student you can work for up to 20 hours a week while studying. You are allowed to work while studying if you study at a university or college that is listed on both the official UKVI Sponsor list and the list of ‘recognized bodies’. International students who study a full-time undergraduate or postgraduate degree course at a recognized university are allowed to work part-time during term for up to 20 hours a week and full-time during the holidays. If your course is at a lower level, you study at a further education college or your institution is not listed on the lists above, you will not be allowed to work during your studies.

Study in the UK and student dependent visa

A dependent for Tier 4 purposes is:

Study in the UK and the student visa required document

. Bachelor’s degree and graduate scores transcript for admission to the master’s degree

. Master’s degree and graduate scores transcript for admission to Ph.D.

. IELTS degree required for each level

Study in the UK and top universities

One of the most popular fields of study in the UK is as following:

Best universities in the UK 2019

Study in the UK and work after graduation in England

London has eight universities in the top ten UK universities with the best starting salaries for graduates. As a global city, London has fantastic links with blue-chip companies in all industries. The city’s universities have some of the highest graduate employment rates in the UK. Whether you return home or stay in the UK, a London degree will boost your CV and make you stand out in a crowd. Non-EU students who wish to remain in the UK after they have graduated must apply for a work visa from UK Visa and Immigration.  There are several visas you can apply for as a London graduate:

Tier 2 (General) Visa: This is the primary visa to remain and work in the UK after your studies. It is open to recent graduates with a Bachelor’s, Master’s or PhD from a recognized UK university. Before you apply you must have an offer of a skilled job from a licensed employer and be paid a salary of at least £20,800. After five years of employment, Tier 2 visa holders can apply for indefinite leave to remain in the UK providing they meet the salary requirements (£35,000) and other relevant eligibility criteria. Visit the UK Home Office website for further information.

Study in the UK and permanent residence and citizenship

There are no specific law regulations that make you eligible to seek British citizenship as an international student. Your student visa doesn’t allow you to change your civil status as a regular resident of UK. Even if the validity of your student visa is 5 years, the minimum required time to apply for UK citizenship.

But once you have completed your degree you can look up for possible chances of switching your type of visa and remaining for longer in UK.

If you have been living in UK for years you’re eligible to seek permanent residence in UK under these circumstances:

Note that your permanent residence can be disapproved if you stay out of UK for longer than 2 years. 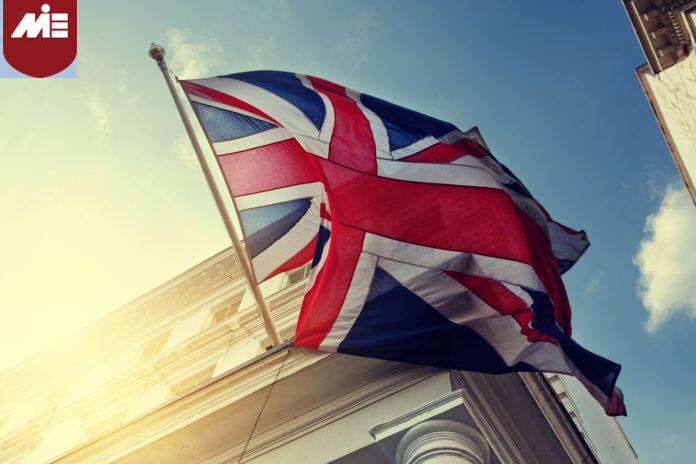 Study in the UK and the last word

This article aims to inform applicants about study in the UK conditions and the UK’s immigration laws and regulations, UK immigrant visas and UK visas for obtaining UK residence permit. You can consult about your eligibility to study in England for undergraduate and postgraduate studies in England as well as for doctoral studies in the UK by contacting the Austrian head office and independent partner offices of the Malekpour Consulting Agency. We assist you on the immigration paths, including ways to immigrate to the UK, and the conditions for studying in the United Kingdom without proof of language and legislation, and how to obtain UK scholarships and post-graduate studies in the UK. You can ask all questions about immigration to the UK and the requirements for obtaining UK visas in the FAQ section and get an accurate answer.